Bore has a strong core belief for sustainable shipping in the future, and is actively taking steps towards reducing emissions and pollutions today. We are constantly looking into improving the ship operations and thus minimising the environmental footprint.

The Bore fleet provides services with vessels that are highly maintained, designed for year-round service with Ice Class 1A or 1A Super. The Bore fleet is suitable for the RoRo market. 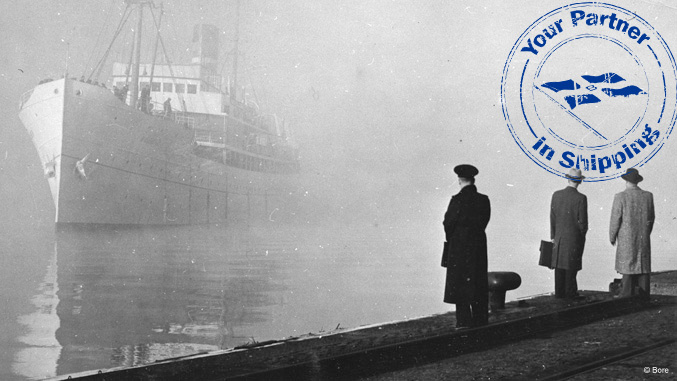 Bore has long traditions in shipping, dating back to 1897, when Bore was founded. Today, Bore offers industrial shipping services with a highly maintained fleet, consisting of vessels that have year-round service and Ice Class 1A or 1A Super, and are suitable for the RoRo market.

Bore’s expertise in shipping solutions has developed from over a century of experience. With the future in mind, Bore is constantly progressing towards a new generation in sustainable shipping. The fleet is operated by a competent and service minded crew, where efficiency and safety are the key words for a successful and award winning work environment and attitude.

Bore Steamship Company was founded in 1897. Its first ship S/S Bore, built for year around traffic between Turku and Stockholm, was delivered in 1898.

Bore started cargo service trade from Finland in the Baltic and the North Sea area.

Bror Husell founded his own chartering and shipping company in Mariehamn.

With the Engblom family’s previous history in cargo shipping in the Baltic, Rederi Ab Engship was founded in 1973.

Bore left passenger shipping, with a focus on cargo ships only.

In addition to shipowning Engship also started a chartering business. The company headquarters was established in Turku.

BHC was active in designing new types of vessels together with Transfennica. The newest was a fast combined RoRo/LoLo ship for paper industry transports.

Bore merged into the Rettig Group. Bore continues line operations with the focus on owning and managing ships.

Rettig and Finnlines agreed a transfer of the Bore Line operations to the Finnlines Group.

BHC, together with Engship and Transfennica, designed a new kind of vessel for forestry transport. The first next generation ship was delivered to BHC in 1996.

Bore decided to focus on RoRo-tonnage providing under Finnish flag.

Bore was acquired by the Spliethoff Group.